What is Unique About the 2023 Toyota Sequoia?

The new Toyota Sequoia 2022 is the SUV to beat for luxury that packs a punch. Let the larger-than-life adventures begin! The Toyota Sequoia, powered by a 381-horsepower 5.1-liter i-FORCE V8 engine, can tow up to 7,400 pounds with ease. But it’s not just the Toyota Sequoia’s performance that’s amazing; it’s also its all-around adaptability, which provides your ride with the convenience you’ve always wanted. Furthermore, with seats for up to eight passengers, anybody is invited to join in the fun. So, what makes the Toyota Sequoia 2023 stand out? In this comprehensive analysis, learn everything there is to know about the Toyota Sequoia for 2023. Sequoia provides a next-generation spin on the full-size SUV experience by combining amazing capability, clever style, and cutting-edge technology.

View Our New Toyota Inventory Have a Question? Contact Us

To learn more about the new Toyota Sequoia, contact our brand experts here at Toyota of Lancaster today! Or schedule a test drive with us here in Lancaster, CA!

What powers the 2023 Toyota Sequoia?

What engine will power the 2023 Toyota Sequoia?

The Toyota Sequoia is Toyota’s answer to the gargantuan full-size SUV segment that is predominantly dominated by American manufacturers. Not only does it offer similar level of features and specifications as its American counterparts, but the Sequoia also manages to outperform them in many other aspects, including unique standard feature offerings as well as Toyota’s unbeatable reliability. In its aim at increasing Sequoia’s presence in the American market, Toyota recently unveiled a completely redesigned Sequoia which will be launched from the 2023 model year. Not only will it look different, it will also perform a lot better. Speaking of performance, what engine will power the 2023 Toyota Sequoia? We at Toyota of Lancaster in Lancaster, California, have listed the powertrain specifications in this article.

The Sequoia’s redesign looks completely futuristic, thanks to sharp and sleek lines carried all over the vehicle. This design is completely different from what Sequoia has looked like all these years. Want to know more? Call us right away! You can also schedule a test drive online.

The 2023 Sequoia will be powered by a twin-turbocharged V-6 hybrid I-FORCE MAX engine that will produce 437 horsepower and 583 pound-feet of torque. The engine will be mated to a 10-speed automatic transmission. A unique motor-generator within the bell housing has been placed between the twin-turbo engine and the transmission to achieve maximum performance and efficiency at the same time. 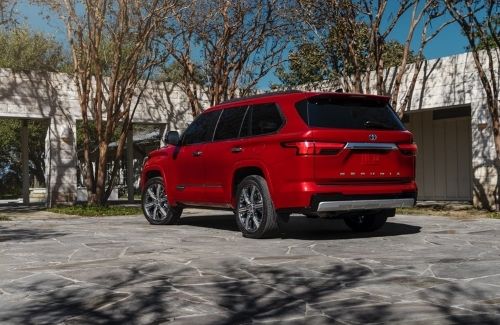 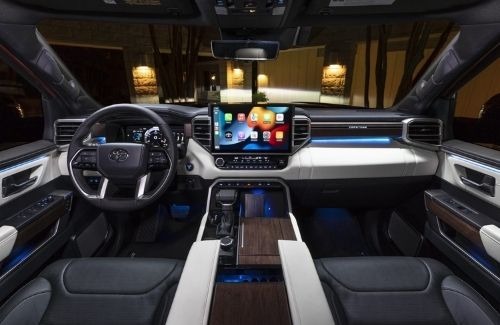 The Sequoia will be offered in either a 2WD/RWD or an available part-time 4WD system on SR5, Limited, Platinum, and Capstone variants. On the other hand, the TRD Pro trim will be offered only in 4WD.

Climb up the ladder with a new Toyota Sequoia from Toyota of Lancaster in Lancaster, California

Check out our online collection of new Toyota Sequoia models. You can also contact us for more information.